16 episodes down of my favourite series and only slightly behind schedule… I’ll take it. We kicked off the Summer season in what only can be described as a stellar weather pattern. There’s even some unseen Orca footage in there. Enjoy!

With Summer now at a close, the next while looks bloody exciting! I can’t wait to show it to you.

As far as fun beach toys go, a motorized rope that can “tugg” me along at speed on a selection of watercraft is up towards the top of the list.

A winch as most people call them is the go to. Think wakeboarding without a boat. I set up and developed Tugg Winches here and so far it’s met my expectations of everyone wanting one but not wanting to pay for one.

The most common thing I get asked is why do they cost so much? Clearly people would like to pick one up with their packet of Twisties from the shop but it’s not the case. Check the video below

Prices vary plenty build to build but as you may be able to tell they are not cheap to build. Just like everything else with a motor. If you would like to know more about my winches or to see more footage then click for the playlist here.

If you would like to know more then fire me an email sam@oxsenterprises.com

Until then, I will see you at the beach!

Well it’s better late than never. The end of 2016 saw me pretty well swamped so here is Novembers footage all crammed together into my favourite monthly video!

Omaha, much like every small coastal town has been swelling slowly in population for a month or so now. With Christmas in a couple of days and the holiday season upon us, this is my open letter to Omaha.

First and foremost I’m hoping the weather treats you right this holiday season. The year has been far too moist (yes moissst) and now it looks like the tap is firmly turned off. Prickles aplenty and sweaty beach towels are in order.

The roads, ahhh yes the roads. Think of Matakana like a mini Auckland. Infrastructure built for twenty years ago with no planning for growth. How you all plan to get around the area over the next wee while is testing to say the least. I would imagine if people used indicators, at least attempted to drive up near the speed limit and had general courtesy for other road users it would flow better. Silly idea, so lets not do that.

The beach. Don’t leave your bloody rubbish on it. Just don’t! Respect other people in and around the water and if you have a brand new SUP for Christmas then learn some surf etiquette and stop being a prick.

The locals. Welcome the holiday makers to the area, be friendly and happy. They will be gone soon ha. We don’t have to put up with it for too long and if you’re onto it like I try to be, then you’re probably doing a runner from the area anyway.

The holiday makers. I would have said Aucklanders but there are people from further away. Have some respect for the area and the people. You may be on holiday but a lot of us aren’t so keep that in mind. Be friendly. I know in the city no one really says hi to strangers but up here we do. I find it really rude when you just stare at me with a ‘what was that about’ look on your face. Lastly enjoy the area. Go catch the fish, swim in the sea and swing those golf clubs while you can. It’s a pretty beaut area.

As for myself I guess this is my sign off for the year. It’s been a big ole weird but thoroughly enjoyable one. 2017 will see a bit of rebranding for what I’m doing here and possibly a move. I have enjoyed so many hours spent doing the things I love and I only want to turn it up some more. Finding those that can keep up is proving to be the hardest part.

Enjoy the Christmas buffet and all it brings. If you came here for videos then you can check last weekends action below

I’m coming in hot to 2017 and I’m feeling more motivated than ever. Take note local youth, some of you are getting a stir up in the new year.

Pretty simple really. The standard definition of the work week. 9-5. Get up in the morning, go to work then come home. Until you’re 65, then retire.

Sounds easy enough. Sounds absolutely horrifying if you hate your job, 40 hours can be an eternity.

40 hours when you’re self employed isn’t enough. There’s no clocking out at 5pm and not having to give a shit until the next morning. In busy times, like I am very deep in currently don’t seem to end. This blog post is getting typed at 9pm on a Thursday night as I’m nearing the end of a nice little 14 hour stretch.

Sunday the  sun was out and there were a few small waves around. The wind was also up a lot more than we realised

So why be self employed? Why sign up to the well over 40 hours a week grind? To me it makes me feel a little less plugged in. Not part of the “system” and boy oh boy is it rewarding! I will take it over pretty much anything.

Good luck searching for your 40+ 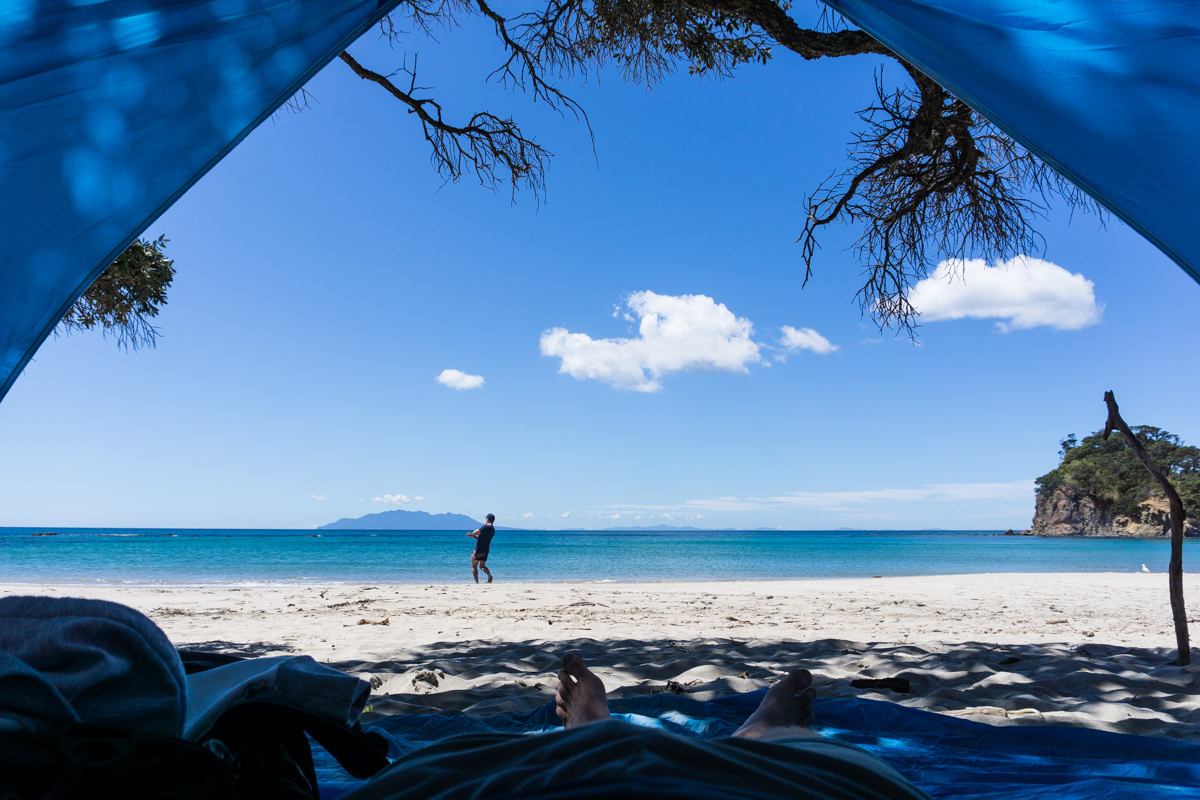 You’ll be please to know I spent plenty of time in the water, some fish were harmed in the making of this and most importantly…… It was a bloody good time!

On a final note this year is almost over which quite frankly disturbing.

You know where to find me (hint it’s the beach). 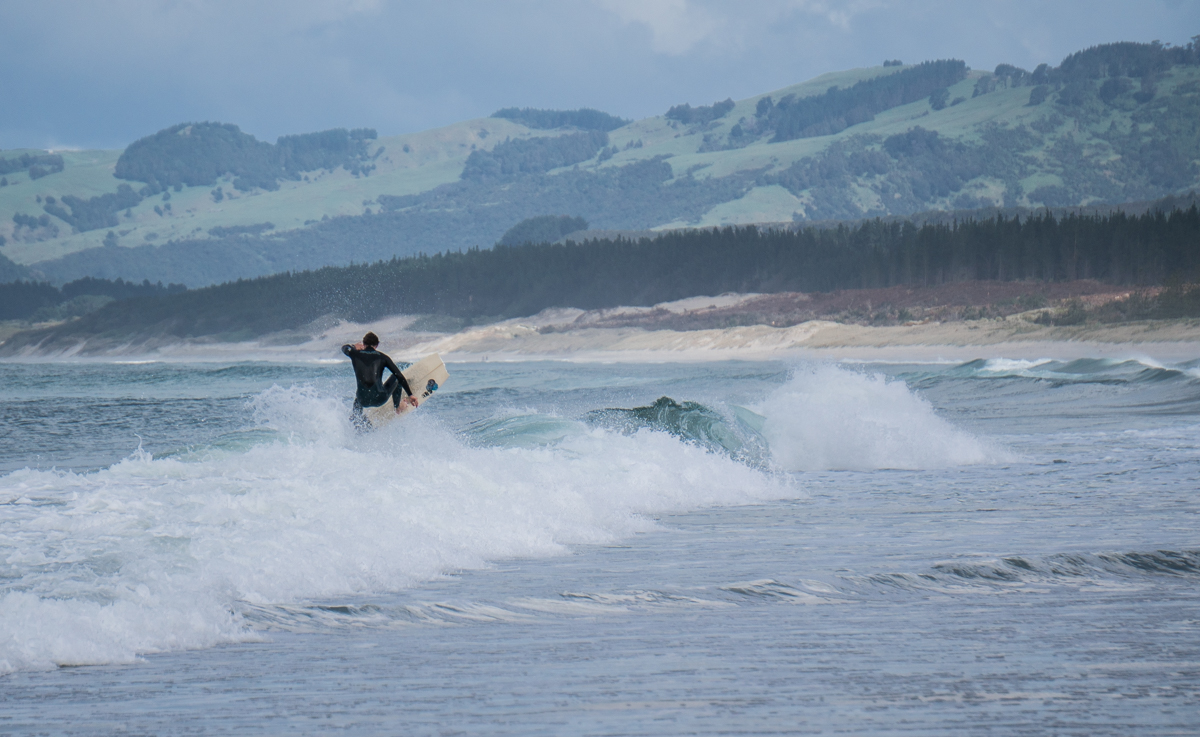 I’ve always been attracted to people who are dominate in their field. Think Tiger Woods, Lance Armstrong and Michael Schumacher when they were prime. Please ignore the fact that they’ve all fallen a long way from that now.

I like the idea of someone being that much better than everyone else. There’s a few examples of this in the tech world and one of them is DJI, the drone company.

Over the last couple of years they have simply blown their competitors out of the water. They have a little bit of competition with their heavy lifters but after yesterdays announcement with the most advanced aerial platforms the world has seen, they’ve become even more attractive to me. This isn’t fanboyism talking, this is fact.

I’ve been flying a Phantom 2 and 3 Pro for about two years now. I’ve had a couple of little hiccups but overall what a fantastic product and most of all, learning curve.

Yesterday they released a couple of much anticipated products that more than likely sent every other aerial company back to the drawing board. A fine display of dominance and at a rate that has lead to quite a few people questioning if DJI even sleeps?

This is something I would love to do with my style of work and I believe there’s a couple of small genres that I feel I am. I’m not going to say what because here in NZ you will get chopped down if you somewhat indicate that you may be good at something. Much like the tallest poppy in the field.

Last Saturday was a fairly high pressure morning, trying to learn a potentially very dangerous task with the lads. Something that over time I would love to really blow people out of the water with

As for what I was talking about DJI earlier then you can find out more by clicking here. I’m just going to work out how to afford all this new tech seeing my Lotto ticket buying scheme hasn’t been paying much.

It’s November already and I released this episode which was shot during September, in October. Time travel I tell ya!

It pretty much rained the whole month but there were a few glimmers of hope in between with some nice fish shot and a few waves were had. I met some cool people in September as well so here’s hoping I meet some more as we roll into Summer.

Anyway enough of the chit chat, here is episode 3!

I can’t really say what the highlight of the month was because it was all pretty good!

That’s it for the month, see you at the beach!

Ahhh yes the joys of living a simple life. Not sitting in traffic for a hour to get to work, not having to do it again in the evening, spending time with people you enjoy, spending time doing the things you enjoy.

That’s what last weekend and the first long weekend of the “Summer” season was all about. If you didn’t know, over the course over Labour weekend, that little stretch of road between Warkworth and Omaha is an absolute joke. A tent pitched on the sand sounded like a bit of me.

Friday arvo rolled around and my enthusiasm led me to the beach where I spent the night. Saturday was nothing but laughs and good times. Find it here

Sunday the sun was out and the water was calling. Almost too much of a good time

As far as simple living, this was a great example as long as you ignore the handful of camera batteries that I have to keep charging. Now here’s where I discuss a little bit of what we’ve been discussing lately. We live in a world where mental and physical health issues are on the rise. So is divorce, bullying and basically all the bullshit that is bad.

What is it that makes our way of life seemingly flawed? Is this endless pursuit for financial wealth at the expense of time, the reason it’s turning pear? When was the last time you took some time off to just do something you enjoyed?

Overall and what seems like the excuse everyone has, is that we don’t have the time.

My suggestion is go make some, while you have some.

Did you know that New Zealand has a lot more than just mountains and hobbit holes?

I do and when a lot of people shudder at the thought of Winter, I get out there and enjoy it. The best thing about Winter is that there’s more people inside which means more room for us to do our thing.

Those things include skimboarding, surfing, spearfishing, winching and of course trying to get it all in front of people. The month of August was spent doing exactly that with the bonus of some big fish and even bigger ocean going mammals. Sit back and enjoy episode 2 of Alive in New Zealand!

Ideas are flowing and so is the content. Who wants to get involved?